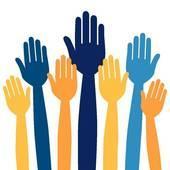 A proposal for the Beautification of the Havelock Pedestrian Bridge on the District 7 Participatory Budgeting Ballot.
Thank you to Amanda Danaher, St. Finn Barr parent, for providing the information for this important community project!
**********
My name is Amanda Danaher. My family, including 4 kids and a dog, has lived in Sunnyside for over 15 years. We frequently use the Havelock Pedestrian Bridge which spans I-280, connecting Sunnyside to Balboa Park.  It is used by many Sunnyside residents to get to Balboa Park’s playground, dog park, and pool, as well as many schools in Mission Terrace and the Balboa BART station.
My neighbor Christine Weibel and I have worked to get a proposal for beautification of the bridge on the District 7 Participatory Budgeting 2019 April ballot!
In addition to this vote, community involvement has already brought and will bring significant improvement to this pedestrian bridge:
Improving the Havelock Street Bridge’s appearance will make the bridge feel safer, further encourage its use, and turn it into a community asset!